How To Interpret A Blueprint 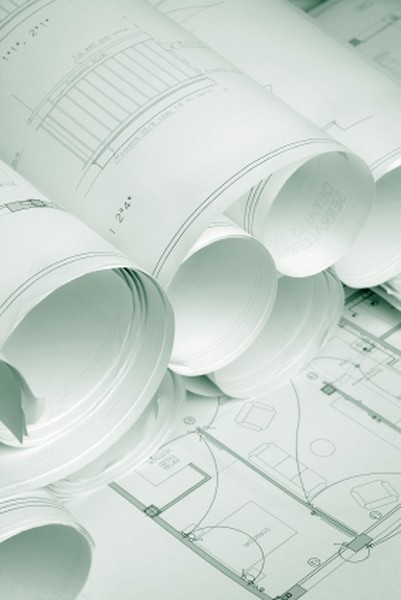 No doubt, some of the most interesting pages for you in your blueprints will be the floor plans. But to understand them, you will need to decipher the numbers and symbols that provide the keys to what they say. First, floor plans — and all of the other drawings in a set of blueprints. Prints are drawn to scale, usually one-quarter (¼) of an inch, meaning every one-quarter of an inch on the prints equals one foot of actual size. The simplest method for translating scale measurements into their actual size is to measure them with a scale ruler, which will indicate the conversion directly on the ruler. (Scale rulers are available at any crafts store and at many drugstores). Each page of the drawings should be labeled to indicate what size scale the home designer used when drafting the plans.

You will probably also notice a number of circles, triangles, or hexagons with numbers inside of them. Placed next to windows and doors — and sometimes next to other elements, such as lighting or plumbing fixtures — these notations correspond to those on the window, door, plumbing, and electrical schedules found at the back of the blueprints. These schedules indicate the size and types of the doors and windows to be used, and sometimes even the manufacturer and model numbers, as well.

And finally, while the symbols used in blueprints are too numerous to mention, you should be familiar with the most standard. Thick, solid lines are used to indicate full-height walls, while thin, solid lines indicate other built-in structures, such as cabinets, bookshelves, or plumbing fixtures. Thin, dotted lines indicate overhead features, such as wall cabinets in a kitchen or a special ceiling treatment or an archway in the living room.

Picking the Best Floor Coverings for Your Modern Home

4 Things I Hate About Our New Mascord Home

How Do Construction Loans Work?

How Do Builders Price New Homes?