The Future Is Now!

It's official - we live in the future! October 21st, 2015 is the day that Marty McFly and Doc Brown arrive, to save Marty's kids from a life of crime in the movie Back to The Future 2.

Whether you live in Hill Valley or Happy Valley, Hilldale or Hillsboro, there's lots of things that the film-makers (Bob Gale and Robert Zemeckis) wrote as tongue-in-cheek gags that have actually come to fruition. Back to the Future has inspired the creation of a multitude of tech items, like the Hendo Hoverboard - or everyday items like Pepsi Perfect. Now that the Cubbies are in the playoffs too (as predicted by the movie) - perhaps we should play close attention to what the two Bobs say about our lives to come - they are obviously psychic!

Of course, as home designers, we're interested to see what came to be from those "predictions" which were made almost 30 years ago - so let's take a look! 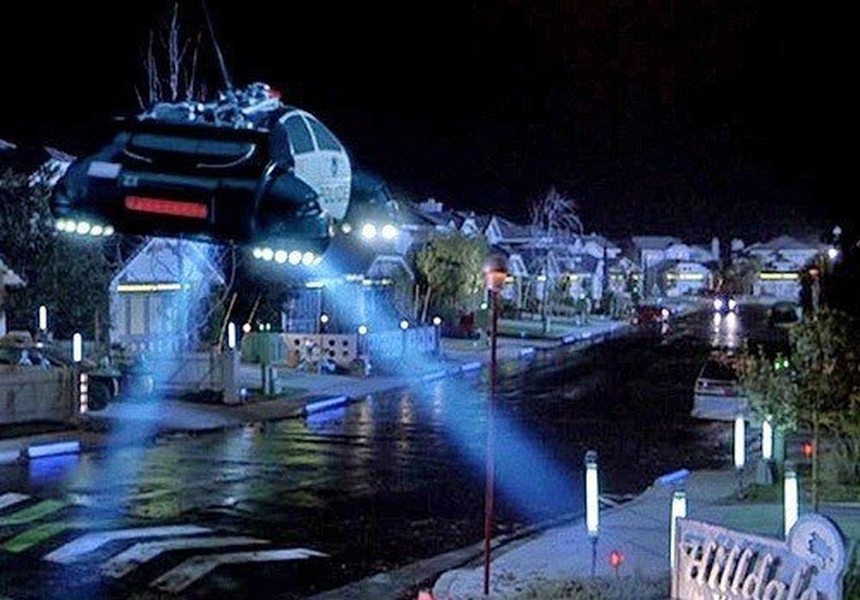 Hilldale! It's where we live! I mean it's where we're gonna live.. someday.

One of the first things that you notice about the futuristic street where Marty McFly lives in 2015 is that most of the homes have cool exterior lighting. We’re not talking about traditional porch lights or sidewalk lighting, but futuristic light panels around doors, and lights embedded in the sidewalks. While these kinds of lights aren’t too commonplace today, we often see customized exterior lighting schemes, and you can easily create light panels resembling those from Back to The Future.

The doors of homes in the BTTF 2015 also have biometric keyless entry systems, which multiple companies have introduced. Very cool. Once inside the future home, lights are controlled by your voice. Amazon Echo, anyone?!

In Marty’s future kitchen, you’ll find a number of handy gadgets, including the Black & Decker Food Hydrator and the Master Cook. Back in the 1980s, the height of kitchen technology was the microwave, which at the time, was touted as an alternative to a conventional oven. Unfortunately, for us, we still don’t have food hydrators and Master Cooks, but we do have some innovations of our own – WiFi-connected refrigerators that will text you when the milk is low and microwaves with smart sensors that let you know when the food is ready - or induction cooktops, that heat your pan and the food in it, but not your cooktop.

The other interesting thing about the McFlys’ kitchen was the Garden Center Fruit Dispenser. Not many real homes of 2015 have kitchen gardens that drop out of the ceiling at a voice command, but we do have plenty of house plans that feature plant shelves and all the space you need to grow edibles indoors. 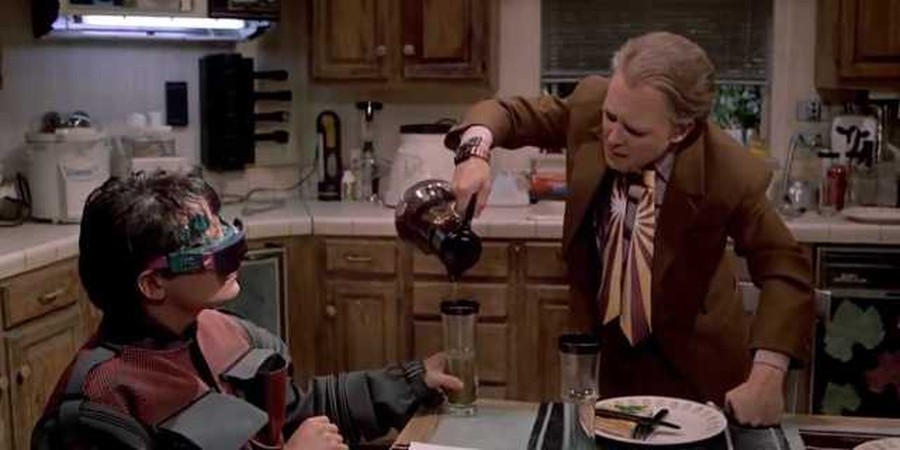 In the Living Room

A key feature of the McFlys’ 2015 home is the enormous flat screen TV capable of video conferencing. In 1985, video phone calls were a concept, but today, we call it Skype! Connect a wireless webcam to your Internet-ready TV, and you can talk to your boss just like Marty did. Fortunately for you, fax machines aren’t as popular as they were in Back to The Future, so it’s unlikely that you’ll get several simultaneous “YOU’RE FIRED!” faxes.

We may not have hoverboards – and we certainly haven’t abolished all lawyers yet – but when it comes to futuristic homes, ours aren’t so different from those in Back to The Future 2. If you want to live like the McFlys from 2015, you can turn to us for a high-tech custom home design!

View the gallery to see what else the two Bobs correctly predicted for 2015. I'm beginning to think they really did have a Delorean Time Machine!

The Chicago Cubs are in the payoffs for real - it would be really uncanny if they won the World Series. I wish I could go back to the beginning of the season and put some money on them!

Thumb a hundred bucks. Apple Pay on an iPad - as predicted 26 years ago. Truly remarkable.

Following the Hendo - Lexus created their own Hoverboard for marketing. At least we're floating in the right direction.

An 80" Flatscreen TV. Who would have dreamed it? Yup - commonplace!

Seems funny that an Apple Mackintosh really would be a collectors item, but they are!

How's it hanging, McFly? Our movie visionaries could not have predicted how we'd do this from mobile devices!!

News Drones. So glad they're not as bulky as BTTF predicted. I was framed!!

Tinder, OKCupid, Match.com.. dating sites are everywhere. None so cool as this parody of George McFly's book.

Hahaha.. who would ever want to look like that?? Oh yeah.. actually - we know one or two. Sigh.

Well, perhaps this one was an easy prediction. The Post Office has certainly dropped lower in efficiency than the weather service!

Genetically modified foods. A controversial topic, but one which was highlighted in the BTTF2.

..and last but not least - Pizza Hut have managed to create pizza that tastes like it has been re-hydrated - even if it hasn't.

Looking for inspiration for the outdoor living areas of your new home? These articles features some great home designs and photography that will spark the 'ou…

We have some great plans for garage enthusiasts! Check them out in this dedicated collection

We love it when other people bang our drum! Take a look at some of the fantastic awards and recognition we have received. Will your home be a winner?