An Inside Look at the Differences in Modern & Contemporary House Plans 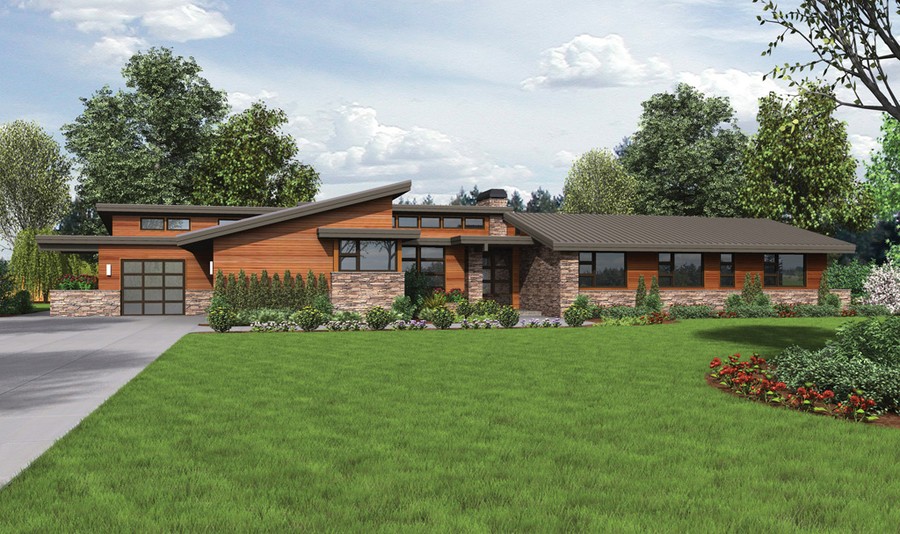 It’s not easy to distinguish between modern and contemporary house plans, but it is possible. Overall, architectural experts see contemporary styling as anything that’s rooted in the present design moment. In contrast, the modern style was a response to styles prevalent during the Industrial Revolution of the late 1800s. Thus, modern homes are typically found after the turn of the 20th century, and before the start of the 1950s.

In this sense, the use of the word "contemporary" can never really be restricted to a single style. Similarly, that which is "modern" is represented by multiple styles as well. Still, we can name a few characteristics of the modern style:

As we mentioned, "contemporary" is rooted in the now, or the present moment. It is related to the modern approach, but it also tends to be more forward thinking and innovative.

To the untrained eye, it can be a difficult endeavor indeed to sort all this out.  In order to clarify, we present some basic features of both modern and contemporary house plans and designs, and point out slight differences between the two styles.

Light and Space. Both modern and contemporary designs use natural light to make interior spaces feel large. High ceilings and large windows are common. However, contemporary styling focuses more on the display of natural materials. Moreover, a contemporary home plan may incorporate softened elements, such as a curved ceiling, while modern homes often boast a boxier look.

Bold and Unique. Both styles favor using interesting shapes and angles to create bold, unique features. However, the modern style tends to have a stronger sense of structure. For instance, support beams may be exposed rather than hidden. Contemporary home plans may also have exposed structural elements, but without the same dedication to simplicity and grace as in modern designs.

One simple way to define modern versus contemporary is to think minimalist (modern) vs.playful (contemporary). Many of the same elements may be used in modern and contemporary homes, but different effects are created by changing how these elements are used. Modern designs tend to be more focused on order and consistency, while contemporary styling isn’t afraid to throw in a single steel column or curved ceiling.

Ultimately, the differences between modern and contemporary are an ongoing topic of debate among design experts. For the average homeowner, it matters less whether a space is modern or contemporary, and more that it is a welcoming space where the family can relax. As you choose between contemporary and modern designs, let your own unique design preferences guide you.

Note: The home shown above is The Broadway House Plan 1333.